N-grams of texts are extensively used in text mining and natural language processing tasks. They are basically a set of co-occurring words within a given window and when computing the n-grams you typically move one word forward (although you can move X words forward in more advanced scenarios).

For example, for the sentence “The cow jumps over the moon”. If N=2 (known as bigrams), then the ngrams would be:

So you have 5 n-grams in this case. Notice that we moved from the->cow to cow->jumps to jumps->over, etc, essentially moving one word forward to generate the next bigram.

How many N-grams in a sentence?

If X=Num of words in a given sentence K, the number of n-grams for sentence K would be:

What are N-grams used for?

N-grams are used for a variety of different task. For example, when developing a language model, n-grams are used to develop not just unigram models but also bigram and trigram models. Google and Microsoft have developed web scale n-gram models that can be used in a variety of tasks such as spelling correction, word breaking and text summarization. Here is a publicly available web scale n-gram model by Microsoft: http://research.microsoft.com/en-us/collaboration/focus/cs/web-ngram.aspx. Here is a paper that uses Web N-gram models for text summarization:Micropinion Generation: An Unsupervised Approach to Generating Ultra-Concise Summaries of Opinions

Another use of n-grams is for developing features for supervised Machine Learning models such as SVMs, MaxEnt models, Naive Bayes, etc. The idea is to use tokens such as bigrams in the feature space instead of just unigrams. But please be warned that from my personal experience and various research papers that I have reviewed, the use of bigrams and trigrams in your feature space may not necessarily yield any significant improvement. The only way to know this is to try it!

This code block generates n-grams at a sentence level. The input consists of N (the size of n-gram), sent the sentence and ngramList a place to store the n-grams generated.

Similar to the example above, the code below generates n-grams in python.

Here is an example of n-grams generated using the python code above run from a Jupyter notebook.

The start and end tokens are added to maximize the use of the n-grams. Some phrases tend to occur only at the end and some tend to occur at the very beginning. The _start_ and _end_ tokens help capture this pattern.

If you’re using Python, here’s another way to do it using NLTK:

There is a typo. The code block after “for i” should be indented.

For the sake of completeness of the article, it is also better to mention the nltk ngrams class.

for grams in my_grams:
print (grams) 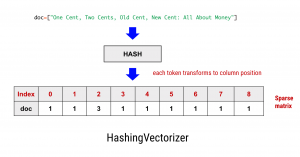 Previously, we learned how to use CountVectorizer for text processing. … 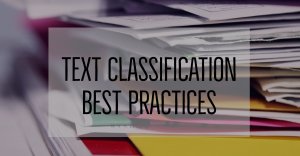 Most text classification examples that you see on the Web …

How to Improve Productivity in Customer Support with A.I.?

Companies receive support enquiries from various channels. This may include …